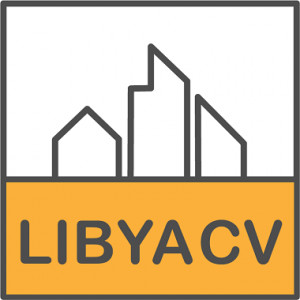 Overview of CTG Global
CTG support and manage humanitarian projects in fragile and conflict-affected countries around the world. With past performance in 15 countries – from the Middle East, Africa, Europe, Asia and Central and South America – we offer a holistic fabric of project management, implementation and support. Skilled in emergency response to crises such as the Ebola outbreak in West Africa, we have the ability to act quickly (crisis response teams can be on the ground in 24 hours) and to establish structured operations in high-risk environments. CTG recruit and manage qualified, skilled teams with extensive experience operating in challenging conditions.


Overview of position
Our client is the UN global development network. It advocates for change and connects countries to knowledge, experience and resources to help people build a better life.
In accordance with its mandate under United Nations Security Council Resolution 2213 (2015), the United Nations Support Mission in Libya (has been actively engaged in efforts to mediate a peaceful resolution to Libya's political and institutional crisis and bring an end to the armed conflict. Through a joint project, is working with to support transitional justice initiatives in Libya.
The Support to Transitional Justice and Reconciliation at the Local and National Levels in Libya is a 2-year project that aims to facilitate dialogue between different parties in localized disputes and to work with the parties to identify a way to develop capacities for conflict resolution, establish transitional processes to deal with past violations and develop plans to enhance community security. The project will support key actors at the local and national levels to a) continue dialogue processes on transitional justice and return of IDPs; b) develop strategies and plans to support transitional justice measures; c) support inclusive community safety and security planning. The project has begun with the Misrata and Tawergha dialogue and will aim to replicate the approach in other communities through the course of 2017.
The Libyan state has primary responsibility in implementing a robust transitional justice process that includes reparation for victims. However, the international community should now contribute to the process by encouraging the parties to agree on symbolic processes for settling these disputes. In the Misrata/Tawergha context both communities have acknowledged the importance of collective and symbolic reparation as a way of moving forward in resolving their conflict. They have also identified the establishment of psychosocial support centres for both communities in the spirit of a symbolic reparation project as an essential element of on-going dialogue process between the two communities and in resolving their disputes.

Role objectives
For Misrata, the project now requires the services of a Local Supervisor/Engineer to help the project team to assess the scope of work necessary to renovate badly damaged infrastructure in Misrata which has already been identified for the possible establishment of a psychosocial support center. At the request of the Project Manager, this task may also involve localizing and assessing an alternative infrastructure for the establishment of a psycho-social support center in Misrata.

The direct infrastructure damages caused by the conflict in Libya have led to destruction of water facilities, roads, police stations, clinics and schools in Libya, negatively affecting basic service delivery and in some instances causing a dire situation where no functioning school or hospital is available to citizens. The project will finance undertaking of light repairs of key public infrastructure including clinics, police stations, water facilities, power grids, government buildings and access roads. It will also be used to finance rubble removal and waste collection. The activities will include the rehabilitation of critical businesses that were destroyed by the conflict and have an impact on the whole community, such as bakeries in places where they were destroyed and communities are forced to bring bread from elsewhere. Finally, key equipment will be provided to municipalities and critical businesses to enable the proper recovery of the services (for example generators in cases of lack of power supply).

The mounting needs for rehabilitation and recovery of critical infrastructure in the conflict affected areas of Libya, combined with the limited ability for municipalities to take charge of stabilization of their municipalities due to budgetary, human resource and other constraints, calls for immediate support to municipalities. This requires improved interaction between the central government and the Libyan municipalities and local authorities. It also calls for strengthening the municipality technical capacity to follow and monitor the stabilization activities within the quick implementation period.

This output will be used to finance technical support to municipalities, boosting their capacity to cope with the challenges arising during stabilization period. The intention is to recruit and deploy technical experts to support local authorities to monitor the stabilization activities, as well as supporting inclusive and participatory prioritization processes, related coordination, planning, implementation, and monitoring jointly with the relevant line ministries. It will also mean deploying engineers to monitor the infrastructure works taking place in the municipality.

The conflict in Libya has had a destructive impact on social cohesion within the Libyan society, and the localized fighting is leading to an ever deepening disintegration of the society. At the time of transition, dialogue between the central government and local authorities will be crucial. In the past, conflict resolution in Libya was largely retroactive mitigation of escalation of conflicts by tribal and other traditional leaders. Moving towards a modern state, municipal and other local authorities will need to learn to play a key role in mediation and more preventative conflict resolution.

The activities under this output will contribute to the initial stabilization efforts at the community level and will start paving the way for a new culture wherein conflicts are negotiated more peacefully bringing together the new and old local authorities as well as civil society actors. Efforts to resolve conflicts at the local level will require locally led processes to undertake conflict analysis to better understand the causes of tension. The conflict analysis undertaken will help ensure the conflict-sensitivity of the stabilization interventions.

3. Purpose and Objective of the Consultancy
The Site Supervision Consultancy will provide an independent and objective assessment of the technical quality of all the reconstruction works undertaken by United Nations Development Programme (UNDP) in Libya. The consultancy will ensure proper guidance to the project management team and contribute to timely delivery of construction of various facilities throughout Libya