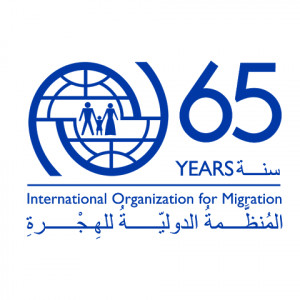 وصف الوظيفة
Libya is a transit and destination country for migrants across the region and plays a key role as part of the countries along the Central Mediterranean Migration Route. In 2017, nearly 117,000 people arrived by sea to Italy and more than 2,800 perished while attempting to cross the Mediterranean, the majority departing from Libya. UN Agencies and partners have, via IOM’s Displacement Tracking Matrix (DTM), identified 622,000 migrants, including over 38,000 refugees and asylum seekers, in need of life saving Humanitarian Assistance and Protection in Libya. Of these, approximately 4,000 to 5,000 migrants are being held in detention centres under the control of Libya’s Department of Combatting Illegal Migration (DCIM) at any one time with an additional undetermined number in unofficial centres. Migrants, refugees and asylum seekers face extreme risks en-route and upon arrival in Libya, where they cannot access services and live in fear of trafficking, exploitation, sexual violence, unlawful killing, capture and arbitrary detention in official and unofficial detention centres.

IOM Libya has several programmes supporting migrants and host communities in Libya including Voluntary Humanitarian Return, Protection, Direct Assistance, Community Stabilization, Health and Psychosocial Support. Additionally, IOM works closely with the Government of Libya to provide capacity building and support migration policy and governance through trainings, technical support as well as co-leading the Migration Working Group as well as the Mixed Migration Working Group. Given IOM’s leading role on migration both globally and in Libya, IOM requires a Mixed Migration Working Group (MMWG) Coordinator to lead and guide partners in the MMWG on migration related programming and policy.

S/he will be expected to work closely with IOM Libya Programme Managers, stakeholders within the Government of Libya as well as members of the Mixed Migration Working Group undertaking the duties listed below.